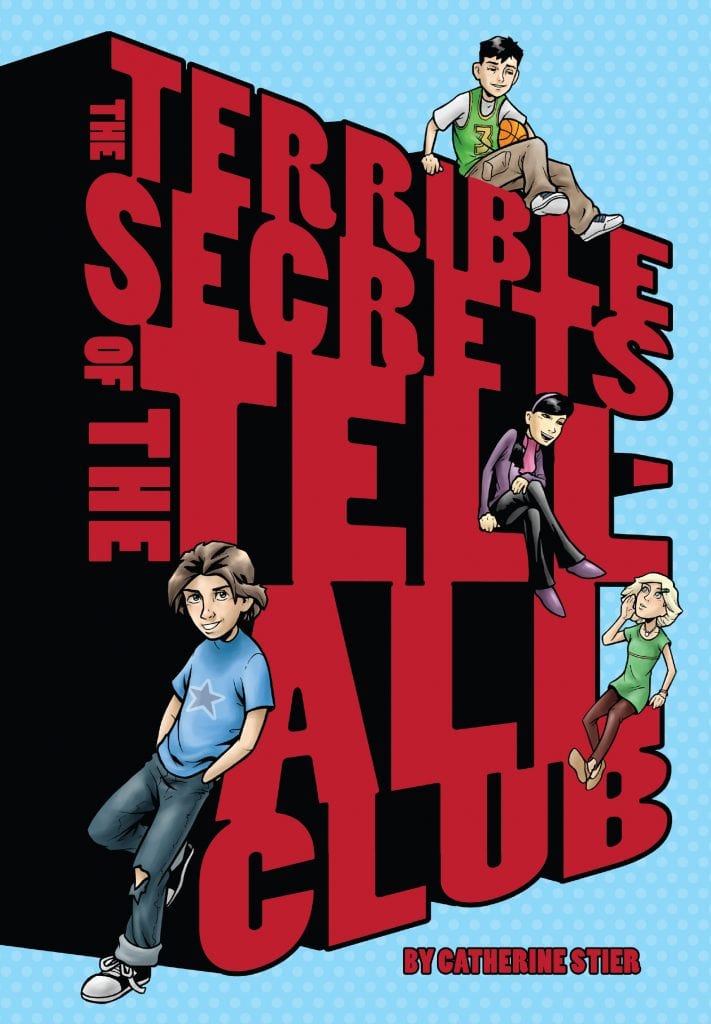 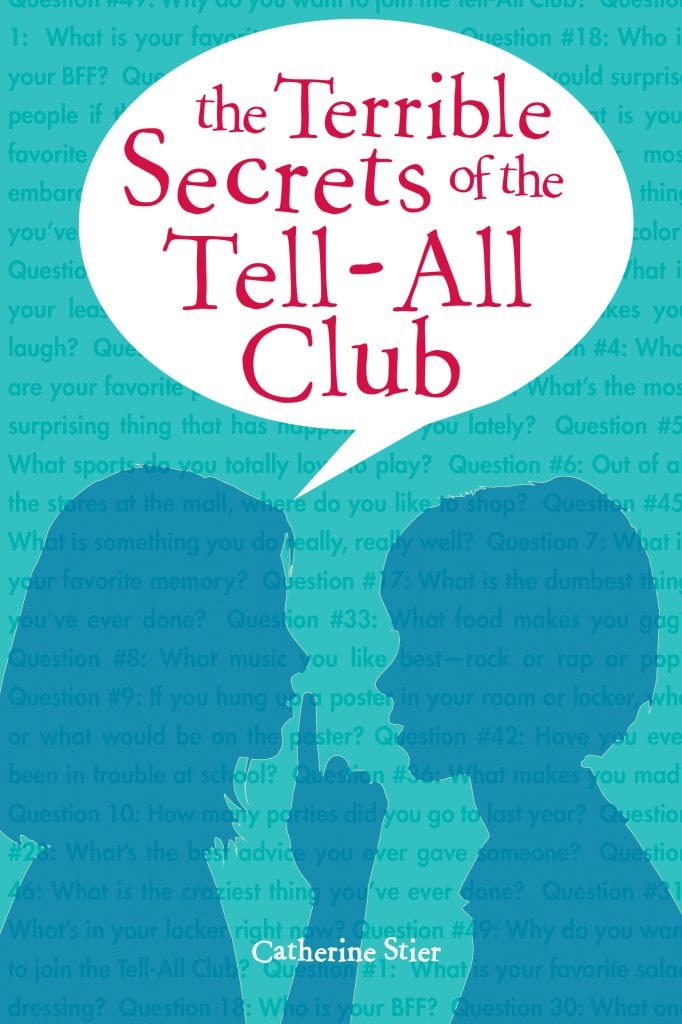 The Terrible Secrets of the Tell-All Club

THE TERRIBLE SECRETS OF THE TELL-ALL CLUB is a fresh, funny and contemporary novel for ‘tweens about friendship and being who you want to be.

No one at school had ever thought up a club like this. All you had to do to be in it was answer some questions and share them with the rest of the club. Questions like: What is your favorite salad dressing? Who is your BFF? What was your most embarrassing moment?

There were plenty of reasons to be in the Tell-All Club. Kiley, T.J., Josh, and Anne each had a different motivation: One of them wanted to fit in, one wanted revenge, one had something to hide, and one of them was dying to find out another’s secret.

“The author deftly addresses the high-interest topics for fledgling teens as her characters struggle to cope with such universal issues as peer pressure, handling bullies and the true nature of friendship.”

“Told in the four voices of the club members, the story shows the characters’ insecurities and the family issues they face. Reluctant readers will find it fast paced, easy to follow, and populated with likable personalities”—School Library Journal

Stier’s stories and features have appeared in Highlights for Children, Child Life, My Friend, Totline, Pack ‘O Fun, Woman’s World, Chicago Parent, the Chicago Sun-Times, the San Antonio Express-News and other publications. She was a frequent contributor to Woman’s Day magazine. For eight years, she served as a columnist and feature writer for her local newspaper, The Schaumburg Review.

IF I WERE PRESIDENT children’s theatre full length script.

Stier was selected for the inaugural New Playwright program at San Antonio’s Magik Theatre, a professional children’s theatre, during which she developed the lively play IF I WERE PRESIDENT, based on the book of the same title. The play has been performed in both a live reading onstage at the Magik Theatre and an online reading presentation with the production company PLAYERS, PERFORMERS & PORTRAYERS.

“Judging a Book by Its Cover: An Investigation of Peritextual Features in Caldecott Award Books” by Miriam Martinez, Ph.D., C. Stier & Lori Falcon, Ph.D., in Children’s Literature in Education, February 2016